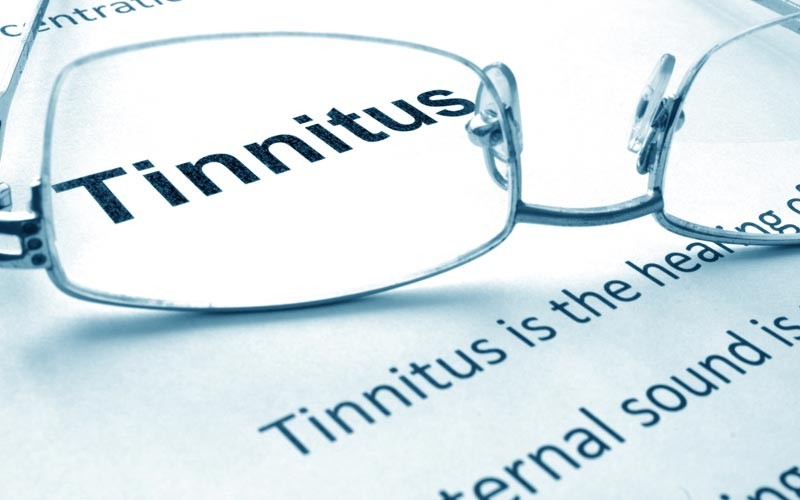 Tinnitus is a very common condition which at some time affects 40 Million Americans and chronically affects 3 percent of the population. There are two main categories of tinnitus: Pulsatile and Nonpulsatile.

Nonpulsatile tinnitus is most commonly associated with hearing loss (often noise exposure) although there is a large component of tinnitus which is categorized as idiopathic. The incidence increases with an older population being as high as 12% in Men over 65 and it increases with lower income populations as compared to higher income populations. Patients with thyroid disorders, depression, diabetes, anemia, and other metabolic disorders may present with tinnitus. These conditions should be evaluated by history and often lab testing to identify their presence so treatment can be initiated.

Quite a few medications have tinnitus as a side effect. These include aspirin and other nonsteroidal anti-inflammatory medications, antibiotics, antidepressants, chemotherapy medications, quinine, and loop diuretics.

Treatment of nonpulsatile tinnitus depends on the identified cause. If patients have hearing loss, hearing aids and in some cases cochlear implantation may aid in tinnitus resolution. Studies have shown significant improvement in some patients with tricyclic antidepressants while herbal treatments such as Gingko biloba were ineffective. Management of patients metabolic disorders, thyroid disorders, and anemia are all associated with improvement of tinnitus.

Pulsatile tinnitus is often idiopathic however the single most identifiable cause is Benign Intracranial Hypertension. BIH is typically identified in young obese females and is associated with symptoms such as headache, dizziness, aural fullness and visual disturbance. These patients usually don't have hydrocephalus or neurologic deficits and show improvement with the administration of Diamox.

Glomus tumors , vascular malformations, and carotid artery stenosis are additional sources of pulsatile tinnitus. These abnormalities are typically evaluated with vascular studies such as angiogram, MRA, CT angiogram and carotid doppler. They are managed according to their location and identity with treatments such as surgical removal, embolization, or repair of carotid stenosis.

Palatal myoclonus is a condition were the muscles of the soft palate (tensor veli palatini, levator palatini)begin to spasm and pull on the eustachian tube orifice. This results in an audible "clicking" which can be quite distressing for patients. The clicking can often be heard by others in observance. Treatment of palatal myoclonus involves management with anxiolytics, anticonvulsants, and Botulinum toxin.

In summary, the causes of pulsatile and nonpulsatile tinnitus can be quite varied requiring many methods of evaluation and management. Often there is no suitable treatment of cure however for those that can be helped treatment can be life changing.